It’s been a great first few weeks of the winter season in Banff National Park, as all three SkiBIg3 resorts are coming in strong with a solid start. More lifts open, more terrain accessible, and more powder falling has made locals and visitors alike excited for what’s to come.

And according to Chris Scott, The Weather Network’s chief meteorologist, the classic Canadian weather is here to stay.

An article for CBC states “Scott said this year’s La Nina weather system bears a striking resemblance to that of 2007-2008, when Toronto recorded its snowiest winter ever.” Several Canadian provinces should expect to see higher than average winter precip.

The proof to date is in the numbers: Banff Sunshine, Lake Louise Ski Resort and Mt. Norquay have all seen from 19 to 23 cm overnight, with 27 to 37cm in the last 24 hours, and 35 to a whopping 82 cm of the fresh stuff in the past week alone.

If there was a winter to get in on the white goodness, 2017-2018 would be it. Book your Canadian Rockies ski vacation today! Our Reservations Team is happy to help craft a vacation best suited to your personal tastes, whilst ensuring you get the best deal possible. 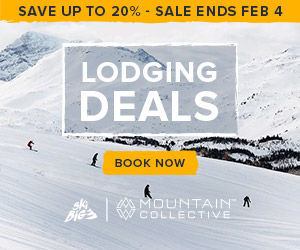